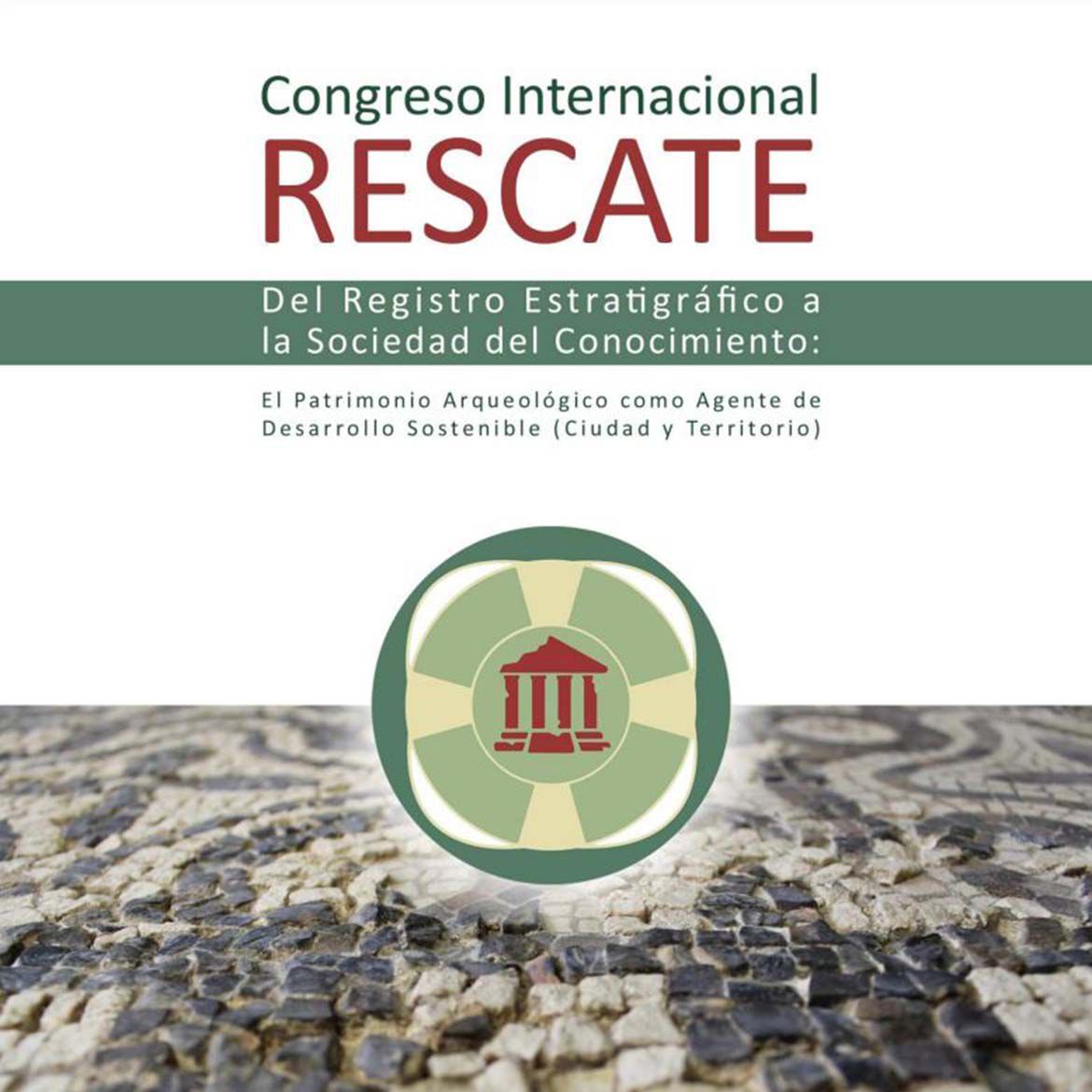 The project we present – lively, innovative, transversal – starts from a fundamental and multiple premise: the need to transfer to society the historical knowledge generated during decades; To educate it in the respect of its material legacy (object in these last years of enormous, and irreparable losses); To supplement, as far as possible, the negligence of the competent Administrations in the face of the irreversible deterioration of that heritage; To make it an element of socio-cultural reactivation and employment, in times of generalized crisis (also epistemological and professional) and hopelessness. We aim to combine synergies, generate a model that can be extrapolated to other historical places with similar characteristics (not only in Spain), in order to guarantee the access of all public to the material remains of the past and the information they generate, making archaeology a sustainable cultural resource, capable by itself of giving back the process and producing economic return. A strategic objective, therefore, for difficult times, in need of ideas and entrepreneurial culture, which have been well understood by institutions such as Fecyt (MINECO) and the La Caixa Social Work Foundation, as well as numerous Cordovan organizations, groups and individuals, as well as Universities and national and foreign research centers that increasingly insist on knowing the proposal in detail. But we do not start from nothing, since 2011 we have been testing these same formulas through the scientific culture project Arqueologia somos todos, which has received numerous awards.

Besides the academic, archaeology can and must play a determining role as a factor of cultural, educational and economic enrichment; Transforming fundamental research into applied, knowledge into wealth, training into criteria. With some particularities, we follow in this the conceptual parameters of the so-called Public Archaeology, seeking ultimately to transfer to society the responsibility over the heritage that, in some way, our institutions have declined. Difficult years are coming, with important limitations in public funding for issues that some consider superfluous, and in this perspective the citizens must take an active attitude and claim as a social need education, pride in belonging to a people and sharing one identity, the job possibilities of an employment site that, well managed, can turn our historical cities backwards in a single generation. Just look at it for other countries in Europe (see www.diazoma.gr). We will work in this direction with researchers from Germany, Italy and Portugal, in order to unify criteria, for the sake of the profitability of efforts. Something that takes on greater importance in situations as complicated as those that we live, when claiming the education against the ignorance; The investigation of neglect or lack of responsibility and initiative.

Also, professional qualification, entrepreneurship, imagination, multidisciplinarity, the sense of commitment and transversality as determinant values ​​on which to base tomorrow, particularly our young people, who are so in need of encouragement and initiatives today. To end the hemorrhage of their forced labor migration.

The situation of serious global economic crisis that we have lived for some years undoubtedly poses a serious threat to the protection, conservation and sustainability, both in the present and, above all, in the future, of the Spanish historical heritage in general and Archaeological in particular; One of our most defining signs of cultural identity. In this context of uncertainty and widespread changes, the Public Administrations, given the enormous wealth that our country has, are facing a serious management problem (understood in its broadest sense) that can hardly be faced without help. In order to overcome this complicated social challenge, it is necessary to propose innovative solutions – derived from scientific knowledge and technological development – and to agree on synergies in society as a whole, giving private and business initiatives a more relevant role, but always under the control or guardianship of Public Administrations, as it has had to date.

Likewise, it is essential that the agents responsible for scientific research in the field of Archaeology, especially the universities, traditionally encrusted in the narrow academic margins and therefore far removed from the reality and daily necessities of the rich archaeological legacy in our historic cities and in rural areas, innovate, promote and undertake actions that can contribute not only to the conservation and sustainability of the same in the short term, but also, with a more distant and ambitious perspective, to its conversion into a economic and cultural factor which boost and generates progress and social welfare.

Aware of all of the above, and mainly through the implementation of the Arqueología Somos Todos project, the Sísifo Research Group of the University of Córdoba has in recent years considered among its top priorities the dissemination of archaeological heritage at all society levels, based on the results of its extensive scientific research, in order to bring it closer to it and to revert, at least partially, the funding obtained in different national R&D projects; As well as to promote education and training in community values ​​and identities and to respond, in turn, to the growing social demand for cultural products; Among which those related to the knowledge and enjoyment of the vestiges of the past (including also the most recent or close to us) are main references.

The project that we are presenting is therefore fed, on the one hand, with the important research experience accumulated by the Sísifo Group for more than a decade in relation to the archaeological heritage of Cordoba and its surroundings; On the other hand, the still short but already outstanding trajectory developed by our Research Group in the field of the scientific diffusion through Arqueología Somos Todos. However, this new project intends to go further in the search for solutions to the social changes and innovations we are experiencing at the present time (which we must adapt if we are to meet future challenges with solvency and guarantees of success).

Indeed, based on scientific knowledge at all times and taking advantage of the resources that technology makes available to us today, the ultimate goal of this project is to try to turn Archaeology into an engine of economic growth, in a real employment field ( Especially among young people), in which entrepreneurial and innovative activities take place; But without renouncing in any way the claim and the development of its important educational, formative and humanistic facet. In that sense, the profitability or sustainable exploitation of the archaeological heritage that we propose here, based on serious scientific research of a high quality, with a wide educational and cultural projection and with the active participation of the citizens, would be especially opportune and convenient in those areas of Spain that are hardest hit by unemployment, such as the province of Cordova, where tourism is also the main, if not the only, economic sector capable of generating wealth.

Consequently, and in a synthetic way, it can be said that the objectives of our project revolve around four main axes or lines of action:

In short, we believe that the project requested is totally opportune in the context of challenge number 6, “Changes and social innovations”, included in this call for R&D&I projects of the Ministry of Economy and Competitiveness. Likewise, it is largely in line with the philosophy behind both the Spanish Science and Technology Strategy and the 2013-2016 State Science and Technology Research and Innovation Plan, as well as the fundamental principles of the European 2020 Strategy.

The project we are presenting aims to take advantage of the experiences gained and the synergies achieved to transfer the knowledge generated by sustained fundamental research, and to do so in two main ways: education and cultural tourism.

In a post-industrial world in which services, and especially those linked to the increase in the quality of life, experience a significant increase in their contribution to the GDP of developed countries, education and cultural tourism acquire an undeniable value that are interrelated to get better trained citizens with a higher level of responsibility, within a feedback loop. In this context, the experience of a city such as Cordova, whose Historic Heritage is universally recognized and which has even given rise to a paradigm of intercultural integration, can be significant as a model to follow and contrast with the experience of other cities and their respective territories, which justifies the incorporation of several European representatives (Germany, Portugal and Italy) into the project, who are currently working along the same lines.