Last Friday , March, 8th , we made in Funerary Monuments of Puerta de Gallegos, several didactic workshops, both in the frame of “Kalendas in Cordvba, 2019” and in the didactic workshops we were making since october.

In this workshop we were visiting with the children (between 6 and 12 years) the Mausoleum of Puerta Gallegos and the roman road besides of how were the funeral  trousseaux and the numismatics workshop.  Boys and girls were making their own coins and bags to keep them, and also, they learnt when the coin was invented and its usage and relation with the funeral world. 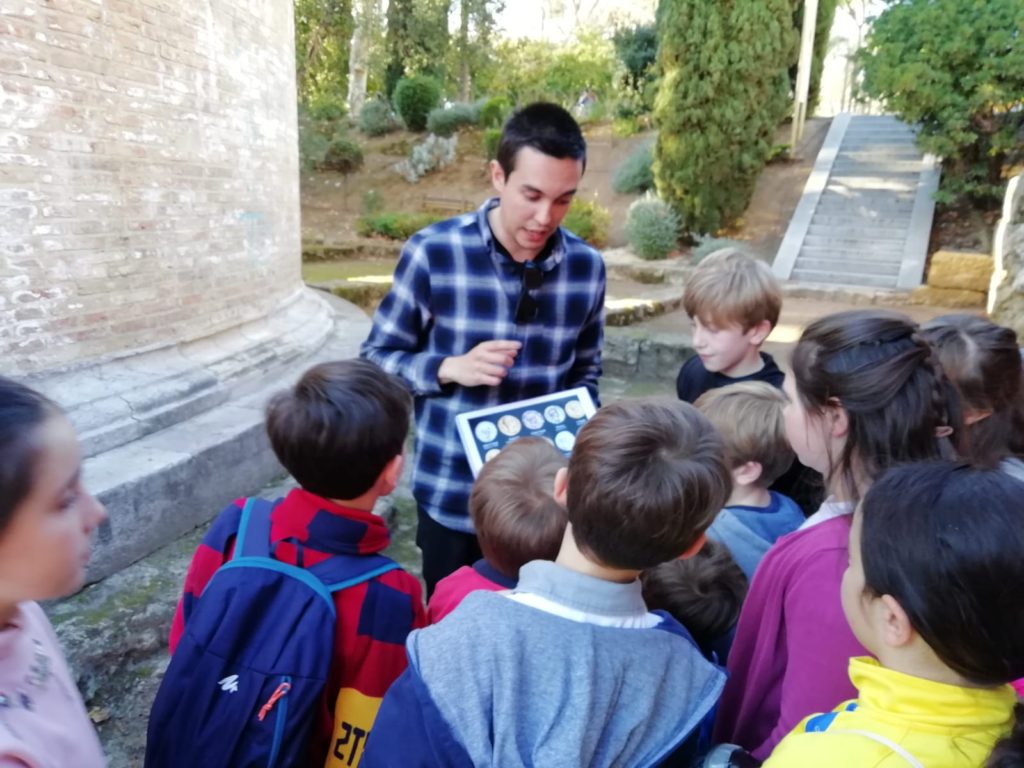