On january, 30th   and 31st , 2019  the International Congress took place <<Rituals, funeral customs and magic practices in Hispania. About the sepulcretum of Llanos del Pretorio>>, organized by the Sisyphus Research Group, and sponsored by the University of Córdoba, the Ministry of Economy and Competitiveness, the Association “We are all archeology”, the Town Hall of Cordoba and, finally, “Casa Árabe” in the headquarters of Córdoba where the meeting was celebrated. The event started with a formal presentation in the Interpretation Center of the Roman Funerary World, located in the Mausoleos de Puerta de Gallegos, where local authorities were present. 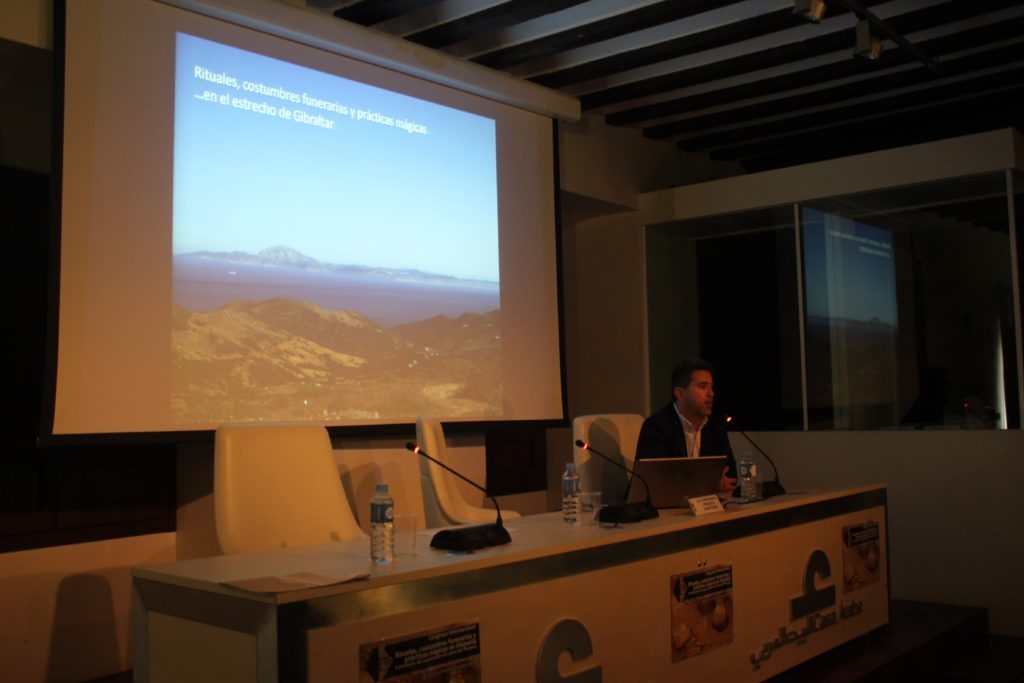 After the first conference in Casa Árabe, lead by the professor Dr. Fernando Padros Martínez (University of Alicante), about the latest archaeological discoveries in the oriental necropolis of Baelo Claudia, where different lists of presentation occupied the whole Wednesday, January 30th and the morning of January, 31st.  Good part of them turned around the necropolis of Llanos del Pretorio, giving the name to the Congress, spreading a great variety of aspects like the urban context, including the excavation and register, the recovered ceramic, vitreous and numismatic material; the paleoenvironment of the surroundings of the cementery area. The anthropological study of buried individuals or the faunal arching evidences recovered from the sepulcretum among other aspects. These presentations were interspersed with others focused on general aspects of funus of Córdoba (the necropolis management, the cremation ritual, the beliefs about the beyond, the christianization of the topography…) or even, an existent reality  in the funeral world of the other regions of the Roman Empire, such as northern Italy or the Alentejo portugués, assuming the assistance of the well known Italian and Portuguese researchers.

The last great session of the Congress was developed on Thursday the 31st in the afternoon, when several communications appeared offering a general view of the news about the Roman funeral world in other regions of Hispania, analysing concrete aspects of funus hispaniense in certain regions or cities includying Alcalá de Henares, Badalona, Barcelona, León, Lirilla (Murcia), Mérida, or Valencia among others.

Throughout the Congress, different representations and communications were followed by several minutes of debate that allowed the participants and asisstans of the Congress to consider certain problems, similarities or lines of research in which it is necessary to deepen.